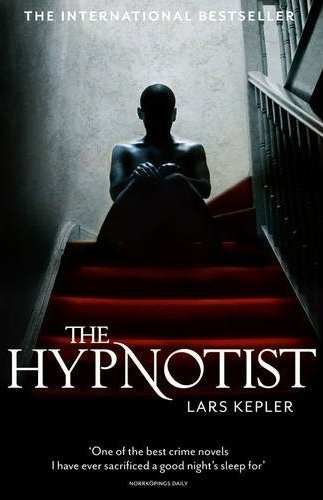 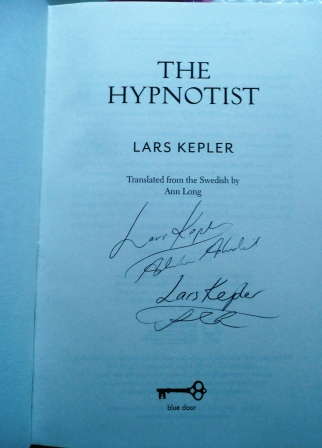 A new Swedish thriller introducing Detective Inspector Joona Linna is brought to us by a husband/wife writing team (Alexander and Alexandra Coelho Ahndoril) under the pseudonym of Lars Kepler. The Hypnotist is the first in a projected series of 8 novels. This first edition is signed by both authors - Both authors have signed Lars Kepler and underneath, both authors have signed their real names. A fine unread hardcover in a like dustwrapper

‘If the post-Stieg Larsson boom was ebbing, Kepler promises to revitalise the genre by bringing a sulphurous whiff of Hannibal Lecter to this case…it’s a pulse-pounding debut that is already a native smash.’ FT

‘Lars Kepler enthralls readers with The Hypnotist, just like Stieg Larsson did with the Millennium-series.’ Norrköpings Tidningar, Sweden

‘The Hypnotist is a rare beast: A Swedish thriller on a high international level with a smart, effective and surprising plot. The narrative has a skilful, refined, pulsating drive and the writing is sharp, convincing and multilayered.’ Kristianstadsbladet

‘One of the best – if not best – Scandinavian crime I've read. Who knows I might even manage to sleep with the light off again sometime soon…’ Sam Baker

‘The latest entry into Australia of the Nordic crime wave, this is not for the faint-hearted but the cracking pace and absorbing story mean it cannot be missed’ Courier Mail

‘Lars Kepler has written a fine crime novel, a breathtaking thriller, which uncovers the many unpleasant sides of the human psyche. He opens the door to a human abyss. And he does it in an irresistible way.’ Borås tidning 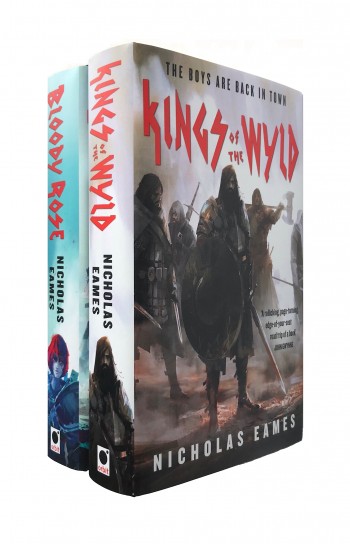