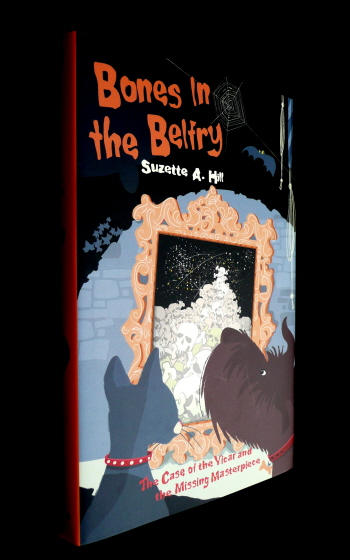 BONES IN THE BELFRY - Signed,lined & dated.

Second book from Suzette A Hill and follow up to A Load of Old Bones. This first edition, first printing has been signed by Suzette Hill to the title page. Suzette has also added the quote:"After that sermon he's out for the count - won't surface till drink time. Bet you a Bonio!" and dated June 26th 2008.
View More...

True first edition of Suzette Hill's debut A Load of Old Bones. Self published in 2005, this was later taken on by Constable and republished in 2007. This self published paperback had a very small print run of 500 copies and probably only a small fraction of these are in collectable condition. This copy is in very fine unread condition, It has been signed, first-lined and dated by Suzette Hill. It has also been signed by the illustrator John Sadler. Only 20 copies have been double signed this way. Only a couple of copies left! SYNOPSIS - Dire doings in the Vicarage! A Load ...
View More...